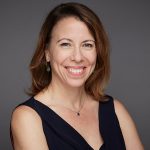 Brigitte Sachse has almost 20 years experience in the TV and Film production industry.

Prior to founding Bee Video, a digital media production and consulting company, whose clients include the Toronto Star, Sotheby’s, The Beer Store and Samsung, Brigitte was the Director of Business Affairs and Digital Strategy at RTR Media, where she oversaw all aspects of Business Affairs for TV projects such as Income Property and Lost and Sold as well as production on the company’s digital series, including the successful YouTube channel The Domestic Geek, which now has over 1 million subscribers. She is an experienced media business analyst, having worked at various funding agencies including the CMF and NFB as well as Aver Media (now BMO), a boutique film and TV financing company. This experience has allowed her to develop very detailed production processes at Bee Video that guarantee client satisfaction and value for production dollars.

Brigitte’s volunteer work revolves around poverty alleviation and at-risk youth. She is on the Board of Frontlines– a center for at-risk youth in north west Toronto. She also volunteers every month at the Weston Area Emergency Services food bank. 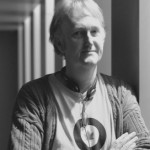 While attending the York University film program in the early 80’s, he was the DP/Associate Director on the Grad film, THE LEAHY’S: MUSIC MOST OF ALL, Best Foreign Student film, 1985 Academy awards.

MONKEYS, INCORPORATED, SHADOWHUNTERS, NIKITA, and BEAUTY AND THE BEAST.