Ms. Schechter is a Gemini-award winning screenwriter.  She was born in Newark, N.J. and attended the University of Chicago for one year before emigrating to Canada, where she completed her studies in the social sciences at York University.

Her career as a screenwriter took off in 1987 with the feature film “Taking Care.”  Since then, she has written primarily for television.  She has been a writer on many of Canada’s high-profile drama series, including Blue Murder,  Degrassi: The Next Generation, Riverdale, Side Effects, North of 60, ENG and Street Legal.   She was showrunner of the one-hour dramas  Side Effects and Riverdale.

In 2006, she developed and became showrunner of the first season of CBC’s ½ hour blockbuster comedy, Little Mosque on the Prairie.  In 2011 she returned to Mosque to run its 6th and final season.

Ms. Schechter also served as president of the Writers Guild of Canada from 2004 to 2010.  She is currently developing several television series, as well as teaching screenwriting in the Film Department of York University.

Steve Sanguedolce has been an active member of Toronto’s independent film community for over thirty years winning numerous international awards.  He has had retrospectives at the Cinematheque Quebecois in Montreal, the National Film Board in Toronto as well as the the Arsenal Institute for Film and Video in Germany.  Over the past 15 years he has been hand developing and hand colouring motion picture film to great acclaim.  Much of his time has been spent teaching at local universities, community colleges or conducting independent filmmaking workshops across the country.  His work incorporates documentary, narrative and experimental genres.  His film work includes:

(All films 16mm unless otherwise noted) 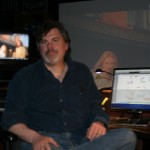 Steve Munro MPSE, began making films and experimenting with sound at a very early age. Making his first film in grade school. He studied Motion Pictures at Ryerson in Toronto. Since that time he has been responsible for the sound design on many of Canada’s finest feature films and documentaries. He has worked with a myriad of directors and producers from around the globe. He has been recognized at home and abroad for his sound work being honoured with awards from the Academy of Canadian Cinema, Hot Docs, Yorkton, MPSE, FESPACO and the Directors Guild of Canada. Steve continues to work in the industry and teaches sound for film in the Cinema & Media Arts department, School of Arts, Media, Performance & Design at York University and has lectured on the subject both here and abroad He has been invited to speak at prestigious The School of Sound Symposium in London England. Steve is also on the executive board of the Directors Guild of Canada and a member of the MPSE. 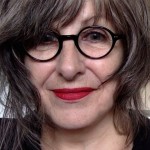 Carol McBride joined the Film and Video Department in 1997 as a Course Director with over 15 years of professional film and television production experience. She has worked as director, associate producer, production manager, story consultant, sound technician, assistant editor and assistant director on feature films, television series and short projects. Her own short films have screened at Toronto International Film Festival and internationally. She is currently developing a feature-length DV project to be shot in Brazil and Canada.

As field representative and training consultant for the Ontario Directors Guild of Canada, Carol McBride researched and delivered entry-level training modules for six key departments. She recently acted as consultant to ACTRA – Toronto to evaluate their CLIPP program for low-budget productions.

A member of Toronto’s independent film scene, Carol McBride has taught and facilitated over 100 workshops in various settings, including Ryerson, Humber College, IMAGES and Centennial College. She continues to mentor emerging filmmakers and is the founder of The Drama Lab, an independent workshop setting which hosts directing/acting workshops. 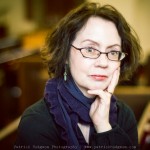 Maureen Dorey has taught Feature Screenwriting at York since 2010. She is a free-lance story editor, analyst and mentor who helps writers find their voices, shape their stories and renew their inspiration.  Her production credits include: SIDDHARTH, written by Richie Mehta (2013, TIFF Selection, Canadian Screen Award nomination for Best Original Screenplay), BLACKBIRD written by Jason Buxton, winner of the Claude Jutra Award, (nominated for Canadian Screen Award, Best Original Screenplay), produced by Marc Almon (2012); IN DARKNESS (2011), written by David Shamoon, directed by Agniezka Holland and produced by The Film Works, (nominated for an Oscar and three Genies, including Best Screenplay); and AMAL, written by Shaun and Richie Mehta (2007, also nominated for 6 Genies, including Best Screenplay) .  Her television work includes Moccasin Flats, Season II, and Random Passage, an eight-hour mini-series directed by John N. Smith, produced by Passage Films and Cité-Amérique for broadcast on CBC and RTE (Eire). She is also proud to have been Story Editor Mentor to the Canadian Film Centre’s Writers Lab for the past 14 years.  She acted as story editor on several Canadian Film Centre Feature Film Projects, including NURSE.FIGHTER.BOY (produced 2008, nominated for 10 Genie Awards, including Best Screenplay.)